YAFTAL PAYAN, 31 July 2005..Women talking to each other during a Vocational Traning Centre....The VTC aim is to make women aware of their onwn status as Mother and as Woman, by giving lessons on maternity, reproductive health, family planning and post-natal issues.....According to United Nations Population Fund, Afghanistan has among the world?s highest rates of maternal mortality, and Badakhshan has the highest rates ever recorded anywhere in the world, with one mother dying in every 15 births. Underage marriage is one of the primary causes of maternal mortality.....The VTC is funded by UNFPA and implemented by IBNSINA. 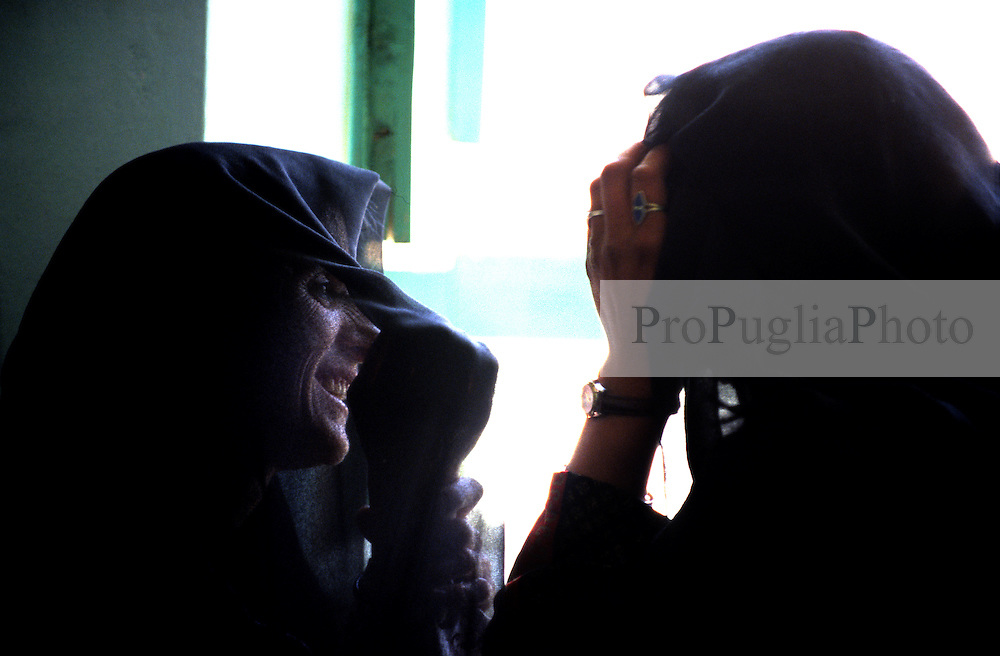