JURM HOSPITAL, 28 July 2005..The keeper of Jurm Hospital is standing in 'what will be' the maternity ward...This two-floor hospital has been fully refurbished by WHO and UNFPA. The building has not been used for the last 2/3 years because, apparently, there are no doctors. ....According to United Nations Population Fund, Afghanistan has among the world?s highest rates of maternal mortality, and Badakhshan has the highest rates ever recorded anywhere in the world, with one mother dying in every 15 births. Lack of medical infrastructures is one of the primary causes of maternal mortality. 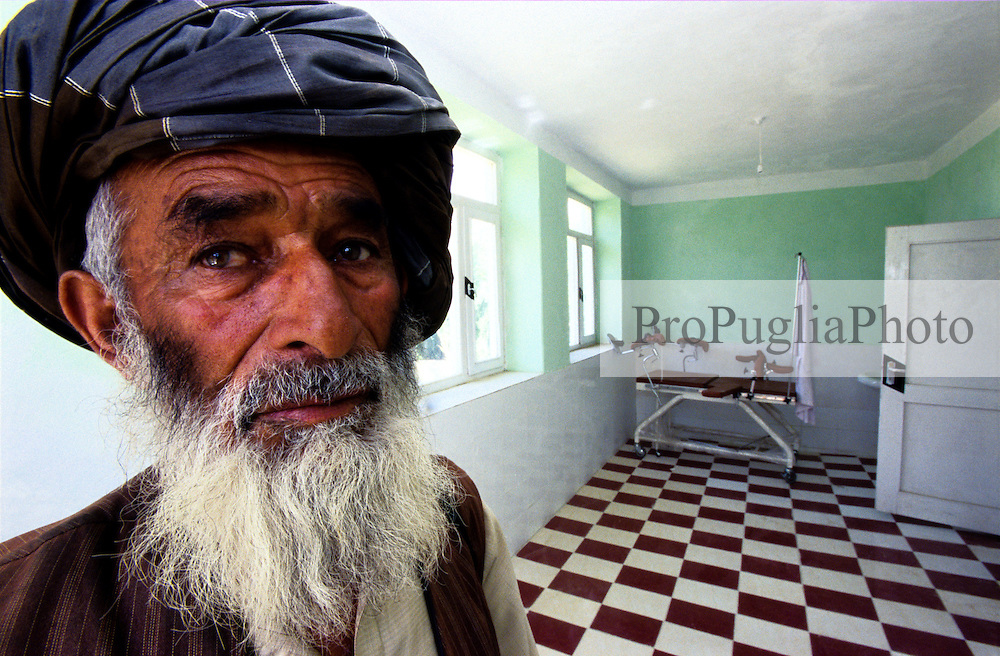