Daha, 08 March 2005... A 45 years old Maoist roughly buried near Daha village. "Yesterday - March 7, 2005 - at around 10am a patrol from the RNA (Royal Nepal Army) was in this area. Nobody recognised them at first because they got in disguised as women, but then they revealed their hidden weapons and shot dead that Maoist. Soon after other RNA in uniform arrived here and destroyed a Maoist's house. They have also captured an old man, he was beaten and then released. The RNA told us that they killed the Maoist because he did have a socket bomb with him, but we didn't see it and there was not any explosion. We are afraid from both the Royal Nepal Army and the Maoist" local witness says. 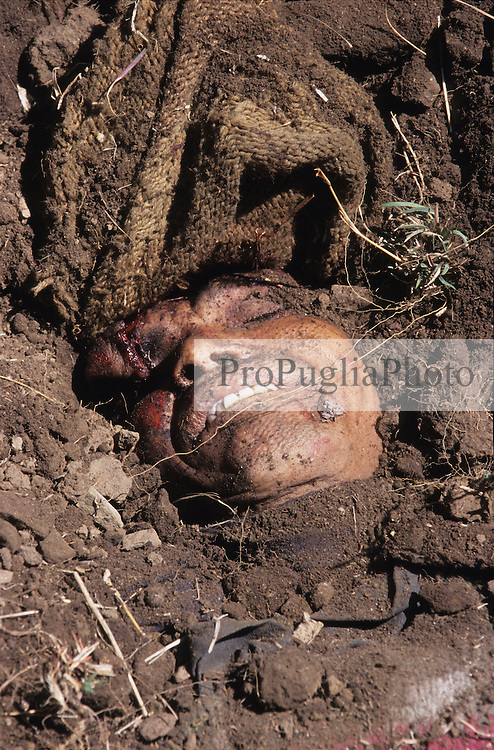