Kusapani, 03 March 2005... A Maoist soldier wearing a 'Titanic's scarf'. The so called People's Army or Red Army have just arrived in the small village of Surket District. They will get some food and spend the night here. Their uniform is identical to the one used by the RNA. They claim that they steal the weapons from the Armed Police Force and/or from the Royal Nepal Army. They also get weapons from the black market in india. About two years ago a Nepalese newspaper has published a photo of Maoists buying weapons in India. 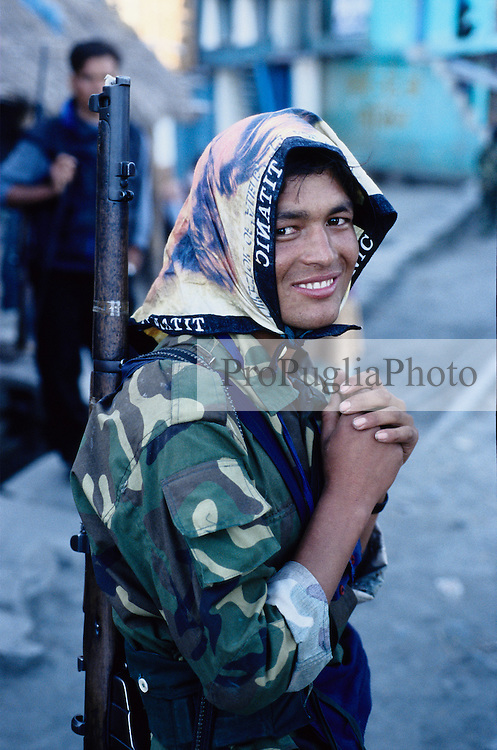