THE INTERNATIONAL LONDON TATTOO CONVENTION 2015 - Photographed by KASH - Over 400 of the worlds finest, most famous, truly unique tattoo artists, including TV Stars such as Ami James (Miami Ink & NY Ink),Tim Hendricks (NY Ink) and Phil Kyle (London Ink), will be jetting in for the spectacular 11th London International Tattoo Convention, the finest tattoo show on the planet. When The London Tattoo Convention was first established a decade ago, it was estimated that one in eight of all British adults had been inked. In 2010 it was estimated this had increased to a fifth of all adults having at least one tattoo, and now it is estimated that at least a third of all British adults have gone under the needle. It comes as no surprise, therefore, to hear that attendance figures have risen from 3500 at the original venue, The Old Truman Brewery ten years ago, to well over 20,000 at the vast, picturesque setting of Tobacco Dock last year. 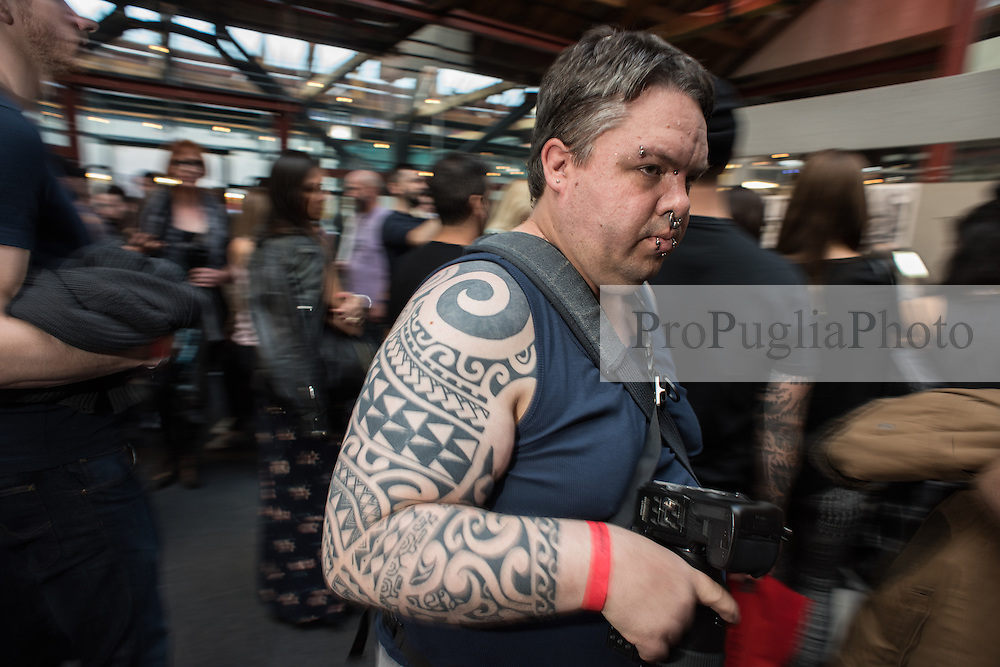