During the closing day of SOA's games, officers from the Afghan National Army are in charge at the Gazhi Stadium.....SPECIAL OLYMPICS AFGHANISTAN 2005 GAMES FOR DISABLES KABUL 25 August 2005. Gazhi Stadium. On 23-25 August 2005, Special Olympics Afghanistan held its first national Games at Olympic Stadium in Kabul. More than 300 athletes, including 80 female athletes, experienced a taste of happiness and achievement for the first time in their lives. They competed in athletics, bocce and football (soccer). Because of cultural restrictions, males and females competed at separate venues. 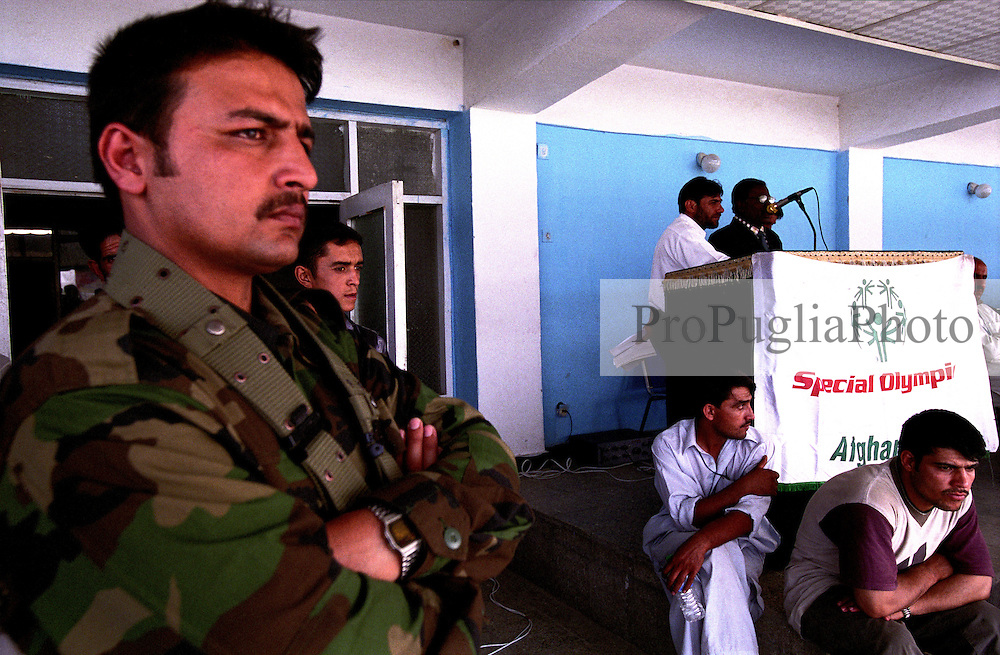