LONDON'S TRAFALGAR SQUARE, 11 February 2006... UNITED AGAINST ISLAMOPHOBIA & INCITEMENT ..Over 5,000 UK Muslims demonstrate against incitement & Islamophobia following the controversial cartoons of the Prophet Muhammad (PBUH) published in a Danish newspaper which led to worldwide protests...The event was organised by the Muslim Council of Britain and the Muslim Association of Britain, with the backing of a number of peace organisations and the Mayor of London. 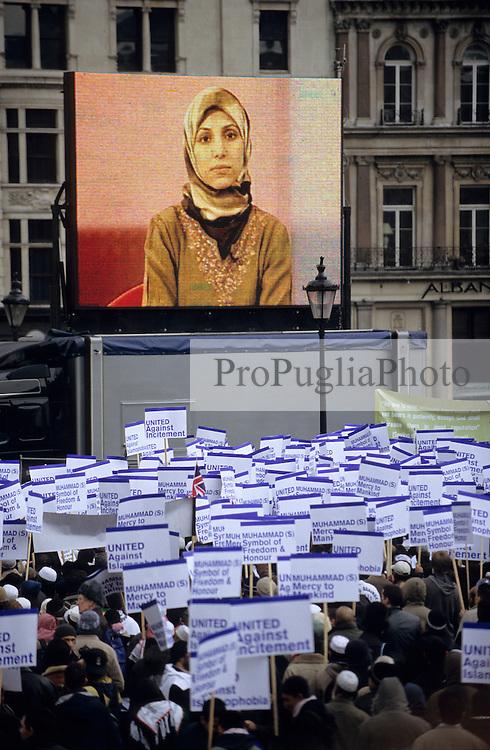