Jammu & Kashmir, Srinagar April 1994.
Women are protesting against the atrocities committed by Indian soldiers.In this occasion they were standing at the entrance of a park to protest the murder of a greengrocer and to block the path of soldiers who were trying to stop the ceremony. Torture is widely practised in Kashmir as a means of extracting information from detainees, coercing confessions, punishing persons believed sympathetic to the militants and creating a climate of political repression.Torture include severe methods, which include the psico-torture: soldiers rape the detainee's wife in front of his eyes. 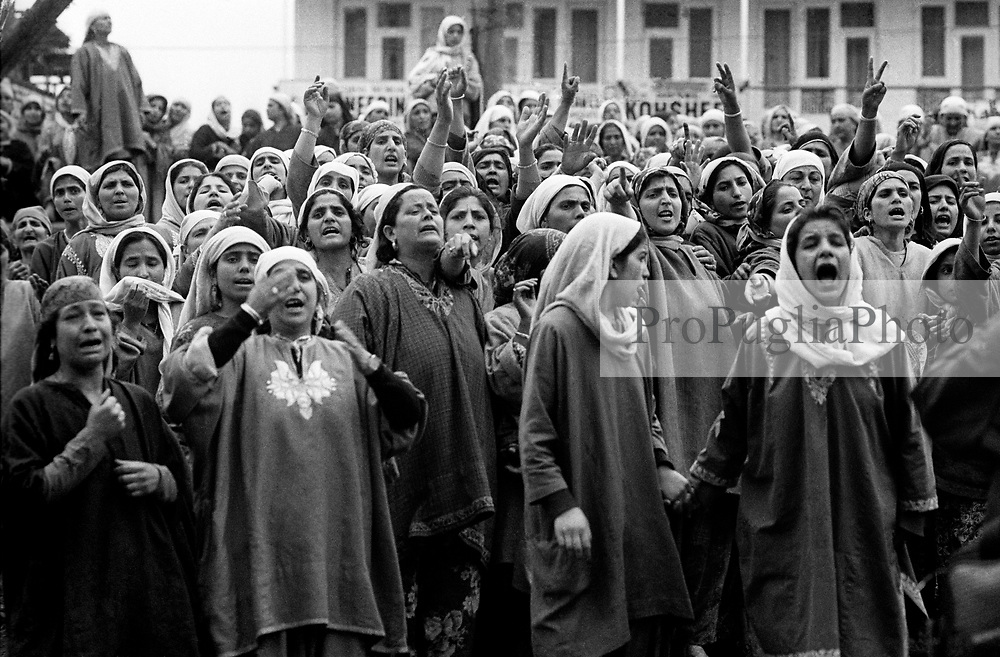