KABUL, AFGHANISTAN 2005 - SHABANA'S CASE The old man with no legs implores Allah. A young woman sits in the middle of a crowded street with four kids half-asleep, while vehicles of all kinds drive through the roads of Kabul.[short/long]..A mother wearing the turquoise chador walks towards the bus station with a baby on her harms. She is a nine months old girl with dark blond hair, green luminous eyes and an abnormal and painful abscess on her face. ..Her name is Shabana from Kair Khana and the woman behind the burka is her mother. I ask her what is wrong with the face of her child but she only comes out with "Doctor.... Doctor" and lets me write down her name and address.....My initial thought was to get in touch with the Kabul-based NGOs by sending a picture of Shabana with her details, but back to the hotel I remembered the case of Zakti, a father of five children from Kalikot-Nepal. ..Zakti did have his left cheekbone and part of his skull exposed because of an unknown disease. International charity health organizations were unable to do anything for him. They couldn?t tell him what his disease was. So, the next day I went straight to Shabana?s village in Kair Khana and a few hours later I meet Janat, Shabana's Father. He explained that his daughter was born with a very little spot on her right cheek and was diagnosed with Leishmaniasis, a parasitic disease transmitted by the bite of a female sandfly. Afghanistan has the largest amount of cutaneous leishmaniasis cases in the world with an estimate of 200,000 people affected, including 67,500 in the capital alone. But leishmaniasis was not what Shabana was suffering from.....We approached the United Nation?s Population Fund in Kabul, but apart from telling us the names of childrens? Hospitals in Kabul, there was nothing they could do for her.....We then decided to take Shabana to a Specialist for a consultation and meet Dr. Waheed Ahmad from Jamhoriat Hospital, who referred us to the Head of Dermatology of Avencin 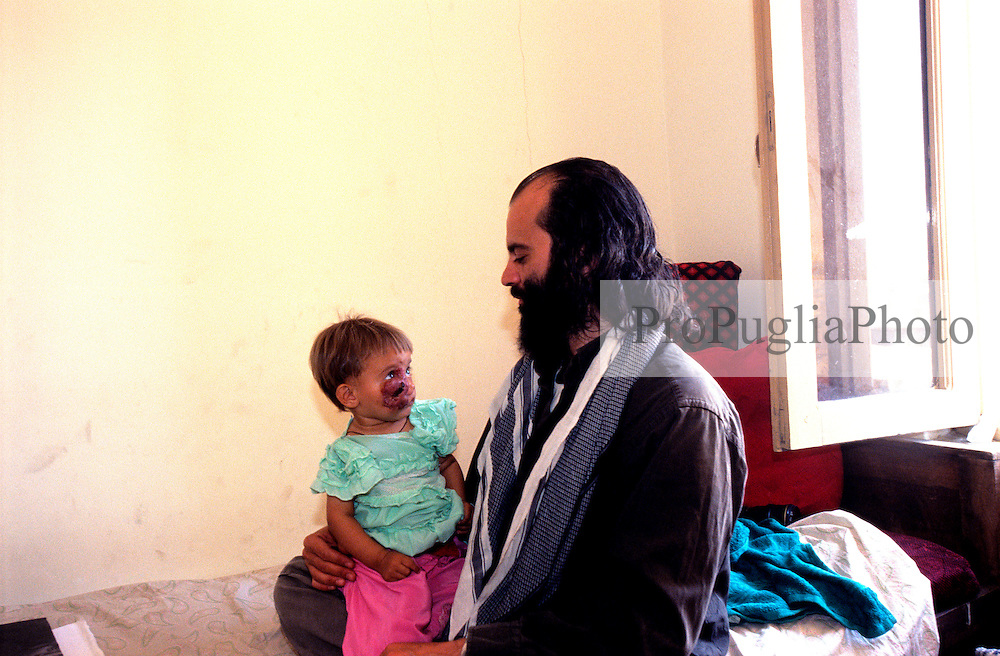